Designed and
built in the UK by 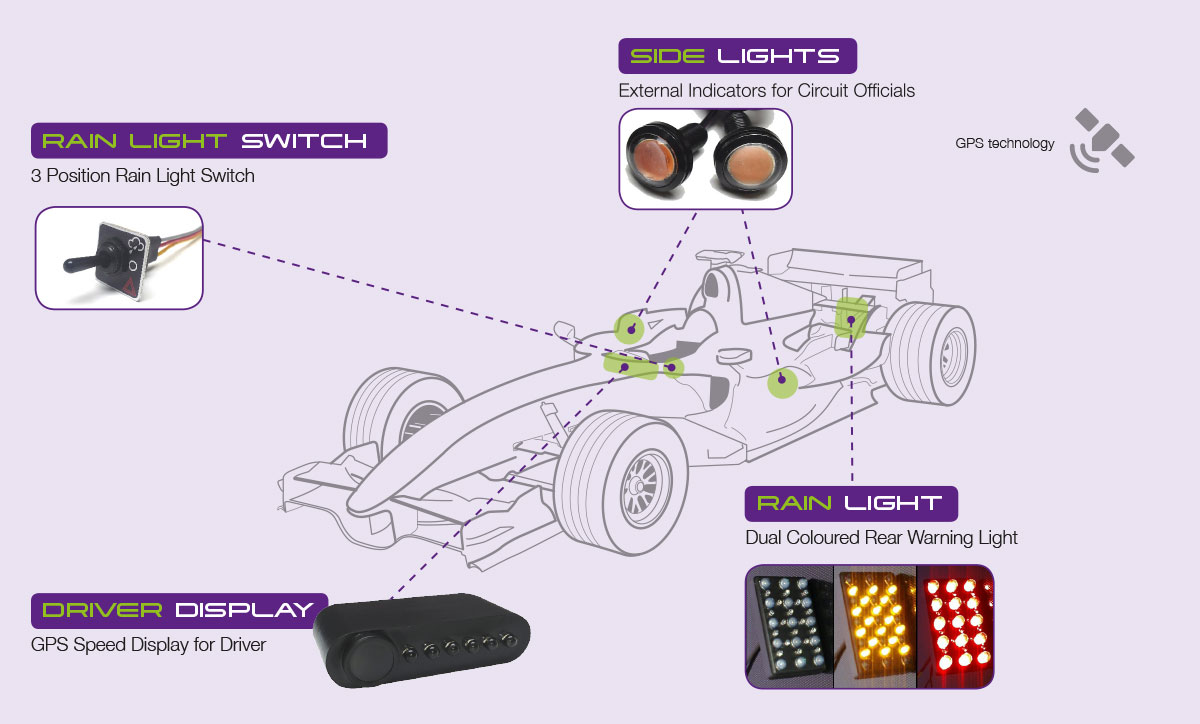 Central to SpeedMarshal is the Driver Display which incorporates a GPS receiver and 6 multi-coloured LEDs.

SpeedMarshal is enabled by the driver pressing the pushbutton on the front of the unit whereupon the LEDs will begin to indicate to the driver if they are driving above, below or at 60Km/h. 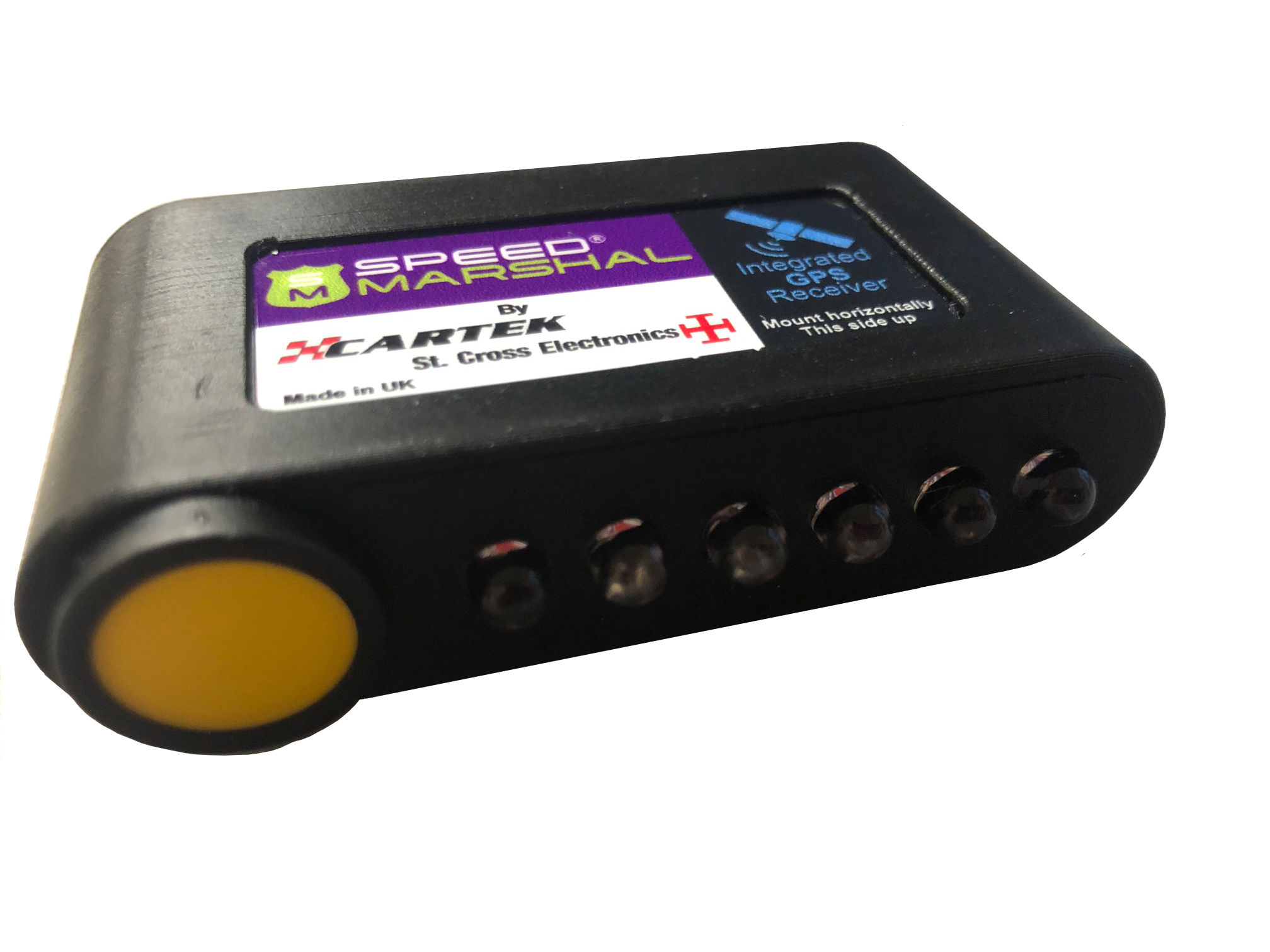 All cars can be fitted with side indicators. These will show to track workers, and other drivers if the car is adhering to the 60kph speed limit (Static ON), or show if the driver is above the speed limit (FLASHING). 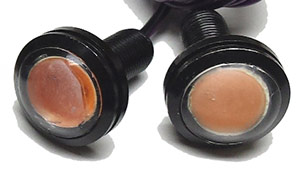 The rear rain light is a dual coloured version of the FiA approved rain light supplied by Cartek Motorsport. This version has been used for many years in the Australian V8 series as both a rain light and a warning indicator system for when a car breaks down. It of course has Red high intensity LED’s, but also in between it has some Yellow (amber) high intensity LED’s.

The SpeedMarshal Driver Display incorporates a satellite GPS receiver, which it uses to accurately determine speed, and 6 high brightness, multi-coloured LEDs. The device is simply activated by pressing the button when Code-60 flags are spotted, whereupon the unit will immediately indicate to the driver their speed relative to the required 60Km/h as shown below. The target for the driver is then to drive at a speed where the two centre Green LEDs are lit indicating they are driving between 58Km/h and 62Km/h.

The driver can activate and deactivate the Code-60 display at any time by pressing the button. However, once activated, and the car is driven at 60Km/h, then the system will automatically deactivate when the driver accelerates past 80Km/h on noticing Code-60 flags being withdrawn. This prevents the driver accidentally leaving it activated when the Code-60 period had ended.

Once the C60VSC Driver Display is activated the side mounted (if fitted) LED lights will provide an external indication of the speed of the car relative to the required 60Km/h. These lights will stay on if the speed is at, or below, 60Km/h and flash slowly if the car is travelling above 60Km/h. There will be a tolerance ± 4Km/h. This will enable marshals and officials to spot any car, at any position around the circuit, that is exceeding 60Km/h during a Code-60 period. It can also be used to police 60Km/h pit lane speed limits. As these lights will not be illuminated when the C60VSC is not activated then this also alerts marshals and officials to drivers that have failed to acknowledge the Code-60 flags.

The rear mounted Rain Light will also provide an external indication of the speed of the car relative to the required 60Km/h to any cars driving behind. In a wet race the Rain Light will flash Red slowly if the speed is at, or below, 60Km/h and display static Red if the car is travelling above 60Km/h. By indicating to cars behind that a driver has activated Code-60 it can help prevent rear end shunts when other drivers have not noticed Code-60 flags being waved and will also notify other drivers when Code-60 has ended if they are not in sight of a marshal post at that time. 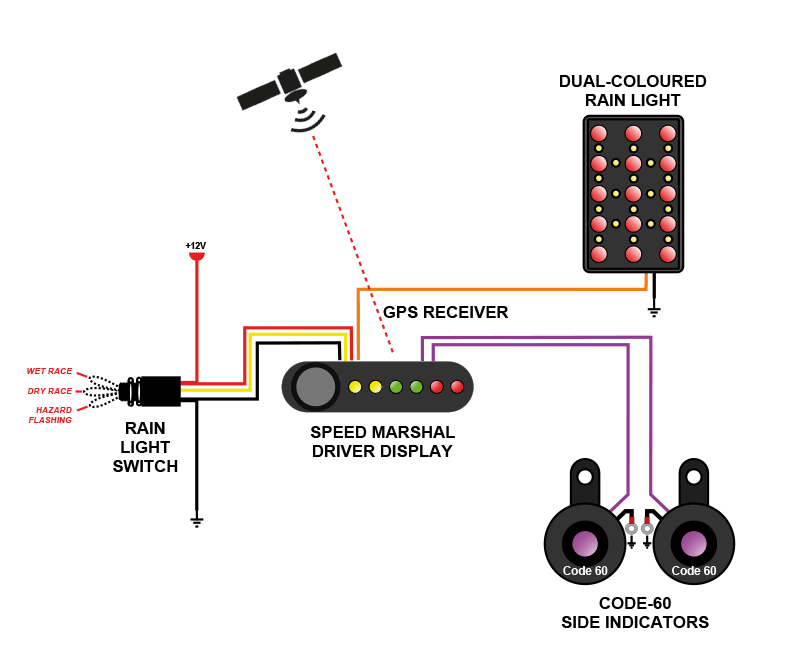 SEE IT IN ACTION